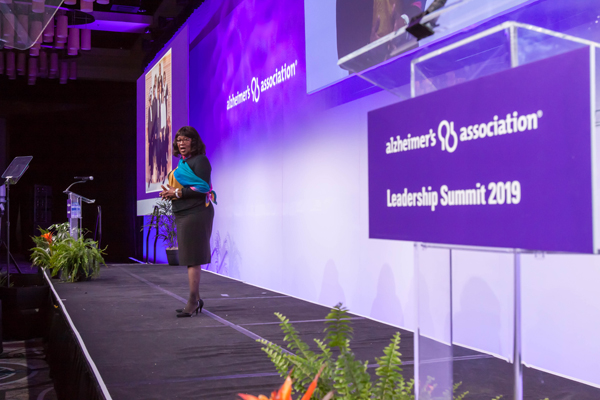 (StatePoint) Jacqueline Patterson, 66, knew from a young age what Alzheimer’s looked like, but didn’t call it by its name until she started caring for her mother, Ruby, in 2008.

“When I took on caregiving responsibilities for my mom, the only thing I knew was that this is just something that everyone in my family gets – we accepted it,” Patterson recalls. “But once I saw my mom die from the disease, I made it my mission to learn as much as I can and educate as many people as I can, especially African Americans who are disproportionately impacted by the disease. I don’t want anyone to go through what I did.”

Patterson has a long family history of Alzheimer’s disease. Her grandfather had the disease, and of her mother’s nine sisters, six passed away with Alzheimer’s or dementia and three are currently living with the disease. Patterson’s father, Matthew, also passed away from the disease. “At that time, it didn’t occur to any of us that this was a disease,” Patterson says. “Once I began to look more closely, I realized there was more to it. It really hit home once my mother developed the disease.”

By the time Patterson realized her mother was showing symptoms of Alzheimer’s, she was already in the late stages. “Her doctor said that it was just normal aging, but I knew there was more going on — something was obviously very wrong.”

Patterson, a high school biology teacher, retired early to be a full-time caregiver for her mother.

Frustrated with the lack of information and support services available, she reached out to the Alzheimer’s Association where she was able to learn about the disease and access needed resources like respite care.

After Patterson’s mother passed away, she made it her mission to educate others about the disease and end the cycle within her family. She started volunteering with the Alzheimer’s Association’s, meeting with physicians serving rural and minority populations, sharing information about the importance of early detection and diagnosis and making resources available to those living with the disease. Since her mother’s diagnosis, she has earned a Master’s degree in Public Health and is working towards a Doctorate of Public Health.

Currently, Patterson is enrolled in a clinical trial. She aims to overcome the stigma related to such research within the African-American community. African Americans and other ethnic minorities are vastly underrepresented in these trials, limiting what researchers can learn.

“There is still a fear of participating in studies, which is understandable when you think about the history with terrible, unethical trials like Tuskegee,” Patterson says. “But I wanted to be the one to say look – I’m doing this, and it’s okay.”

Patterson says she’s come a long way from “accepting” the disease as her family’s destiny and is encouraging other African Americans to do the same.

“We need to raise awareness about African Americans’ increased risk for Alzheimer’s and encourage participation in research that can help us understand the reasons behind it. I now look at Alzheimer’s as a disease that can be cured,” says Patterson.