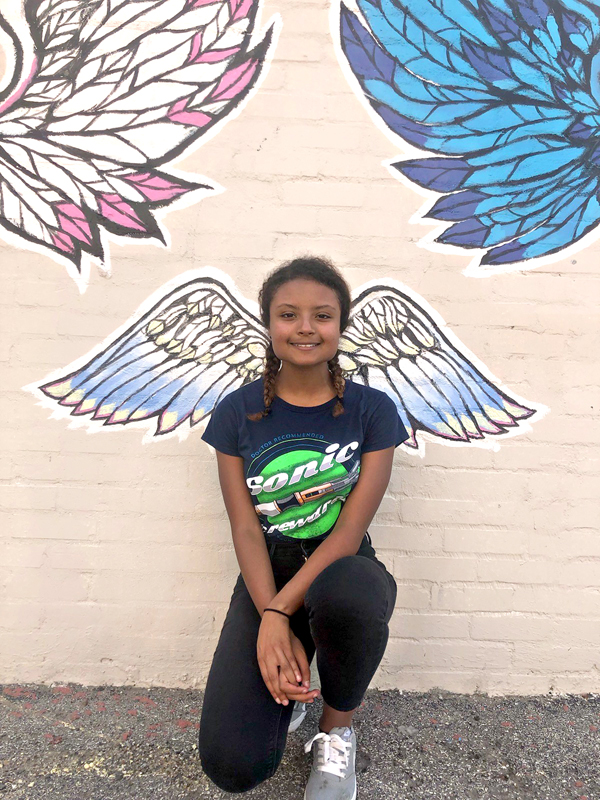 Gorlianna Lugo poses in front of the mural she painted. Courtesy photo.

Painting had not been in the mind of Gorlianna Lugo, a student enrolled in La Feria school district.

But after she worked on a mural at Sweet Blessings, a sandwich and cheesecake shop on West Oleander Avenue, the sophomore says she would like to do more of such works of art.

“This is my first large painting,” Lugo said. “I really enjoyed it and would like to do more murals.”

She was contacted by Jaime Martinez, the shop owner who has been running the shop/coffeehouse a little more than a year ago.

“I wanted to have something for the people to look at,” he said. “This is the first mural we have and I am planning to have more around the building.”

Martinez said he is just trying to have things for people to do here in La Feria.

For example, on the last Saturday of a month, local musicians Manny Carrizales and Isai Charles got together to play tunes, ranging from alternative to Christian rock music.

Meanwhile, Lugo said she plans to go to college after high school and will pursue a degree in fine arts.