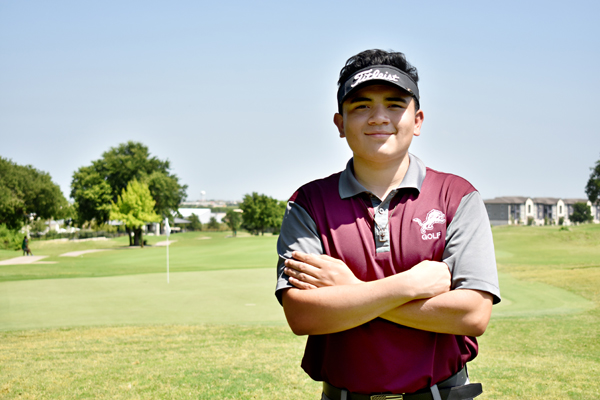 Photo and story by Billy Watson/LFN

The University of Texas-Rio Grande Valley commit added another milestone to his resume, and that is a top 10 finish at state.
The La Feria senior tied an eighth-place finish at the UIL 4-A State Golf Tournament at the Plum Greek Golf Course in Kyle, Texas on May 20 and 21.

Cortez shot a 75 on day one and 73 on day two for a combined 148 in his second appearance at the state tournament feeling a bit more matured and relaxed than his last trip his sophomore year.

“I wasn’t too anxious coming into this tournament,” Cortez said. “I knew my game was on point, and all I had to do was just play my game, and luckily I finished top 10.”

Cortez’s opening round was highlighted by a chip shot off the green close to a tree in which he birdied. “That was a really cool shot,”

Cortez reacted. “I was just trying to get it close. I wasn’t trying to make it in, but luckily it did.”

A two-shot improvement on Cortez’s second day was enough to put him in the fifth place slot at the end of his second round, but the rest of the field caught on and nudged him back down to eighth in which Cortez sealed and completed his high school golf career.

“Probably this one (is my favorite moment),” Cortez said. “Being able to finish at state my senior year is everything, and I beat the 2017 state champion (today). So, that was really cool.”