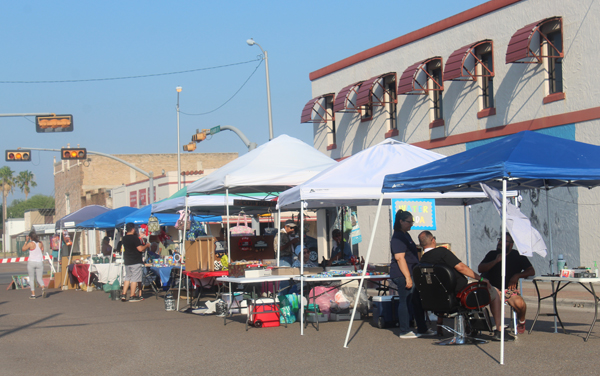 Although attendance was not as expected due to the brutal weather and the summer recess for area schools, its organizers and those who showed up were pleased with the outcome.

“We had 20 vendors,” Carmen Cadena, the event organizer, said as she walked up and down the down visiting with them and greeting people. ”It’s our first market days but you don’t know what to expect.”

She said the weather was a factor as the thermometer reached the 100-degree mark.
In fact, several vendors said they wished the market day should had started at 5 p.m. instead of 3 p.m. on that day.

In spite of that, shoppers such as Andres and Gracie Martinez and Gloria Saldaña said they enjoyed the event

“My husband likes to go to Market Days in Harlingen,” she said, “but this one is right here at home”

“We are here to support the businesses that came here and the community as well,” Andres Martinez said. “We even bought a few things.” 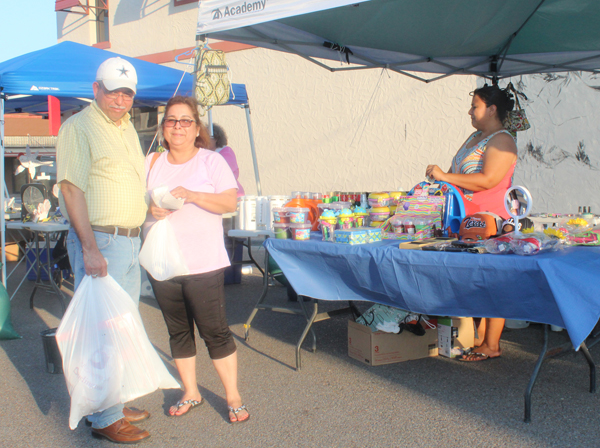 Music was provided by Cayetano Garza Jr., a virtuoso with La Feria News.
He provided the entertainment with a repertoire of tunes from such legends as Neil Young, The Rolling Stones, Pink Floyd, Bob Dylan and many others.