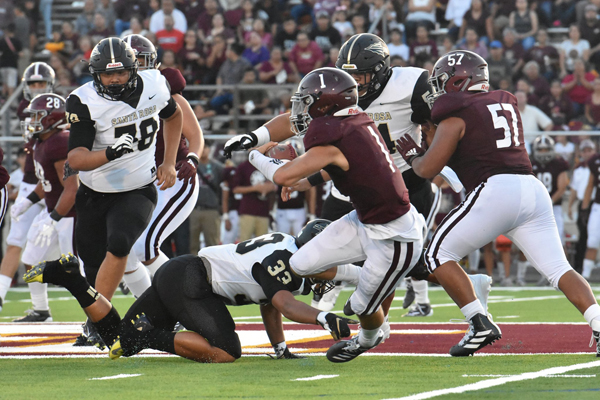 The Lions scored 63 points against the helpless Warriors.

The game was the Lions first home game held on the new artificial turf at Lions Stadium.

Coach Oscar Salinas was extremely pleased with the outcome of the Lions first home game.

“You can’t ask for a better way to start off,” he was quoted as saying. “A big win against our rival school. Being 1-0 here is a great start to our season.”

At press time the Lions were scheduled to play a second home non-conference game against the Mercedes Tigers at 7:30 p.m. Friday, Sept. 13.